Recently Jim Ferris, new member of the Caloosa Bird Club, shared a photo of a Piping Plover taken at Bunche Beach in Lee County, Florida on December 29, 2014.  Below is the correspondence between Jim and the Great Lakes Piping Plover Band Reporting Program.

Some non-essential information has been deleted.

Thanks for taking the time to send in your terrific photos of a banded Piping Plover. The plover you photographed is from the very small Great Lakes Population. Last summer we had only 70 breeding pairs.

This young bird has an interesting history. During incubation the nest was abandoned by the parents when the female disappeared, likely because of Merlin predation. The eggs were collected and given a second chance in our captive-rearing facility at the University of Michigan Biological Station near Pellston, MI. Three survived and once they were flying well they were released on North Manitou Island in Sleeping Bear Dunes National Lakeshore with a population of wild-reared chicks. It’s good to see that this one is still doing well.

I’ll attach a photo that I took of it shortly after it was released on North Manitou. May I have permission to use your photos with credit?

Please see report below and embedded pictures. Please send any information you may have about this plover to Jim Ferris.

The following are two pictures of the same bird observed at Bunche Beach in Lee county, Florida on December 29, 2014:  I would be interested to know where and when the bird was banded and what population it is from. 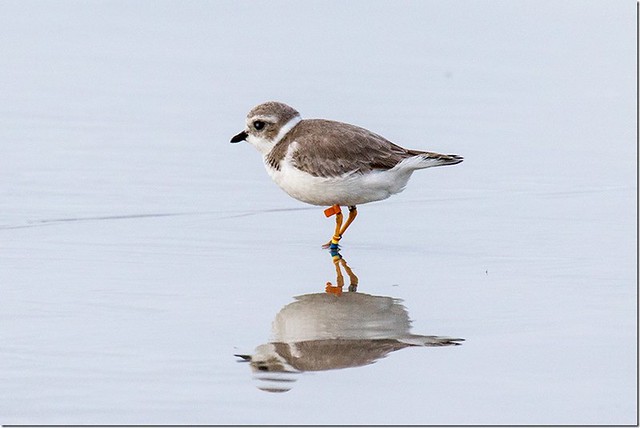 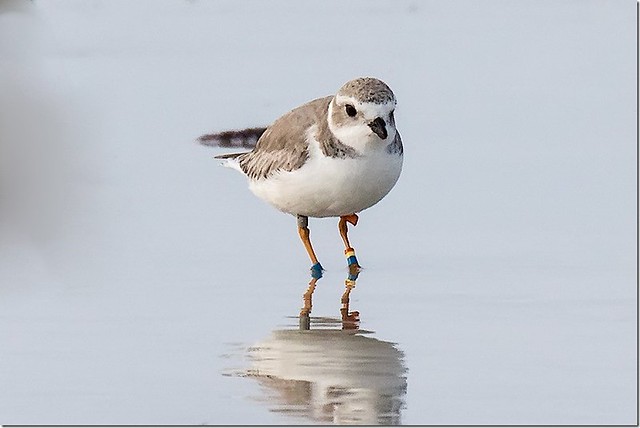